In a global supply chain, how do we make sure labour rights and regulations are being upheld and what can we do to enforce even stronger regulations when/if needed? Could a digital training app be one of the solutions? In a case study conducted by Tina Sendlhofer and Clara My Lernborg factory workers from two different garments factories in China, together with Scandinavian enterprises and buyers, were interviewed in order to assess present stage and scope out future solutions. 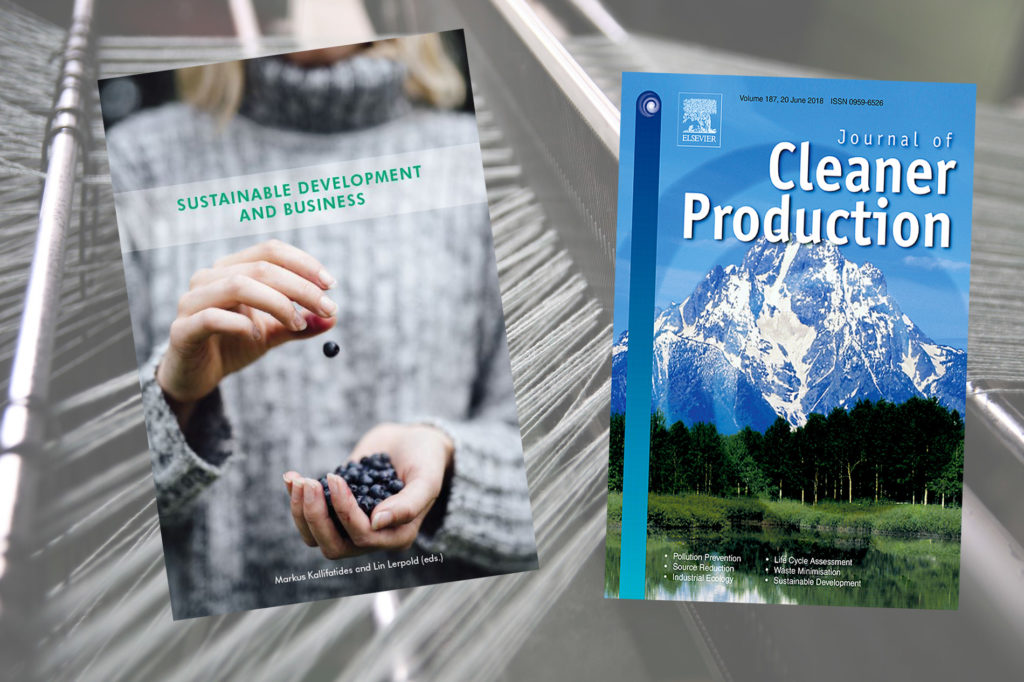 This week, 23 rd to 29 th of April marks the 2018 edition of Fashion Revolution Week, a week focusing on garment workers and their labour rights. Corporate social responsibility and labour rights is an important step towards a more sustainable supply chain, which is why more research on the subject is needed. As a part of theme 2, Supply Chain, researchers within Mistra Future Fashion recently published a book chapter and article on the subject, contributing to the field of labour rights in a global supply chain.

How is knowledge on labour rights communicated to workers’ in the digital era?

In order to create and maintain social sustainability for factory workers within the clothing industry we are in need of an efficient method to communicate about labor rights.  In present fashion system a large portion of production is outsourced to countries which, from a Western perspective, impose fewer regulations and laws in regards of social sustainability. However, the actual labour laws are at times quite rigorous in for example China, yet the implementation is lacking and workers are therefore not aware of their own rights. In an effort to bridge this gap, a new study assesses the possibilities of digital training via apps through an on-site case study in the factories.

Factory auditing is often based on self-assessment and is reported by the manager at sight, which cause for questionable validation. Furthermore there is a reported lack of participation among workers. For example, during one of the interviews conducted for this study workers expressed their concern of being unable to fulfil production goals while spending time on safety training.  An education system consisting of a targeted digital training app on a tablet opens up for new possibilities.  An app can be programmed and updated from a distance and changed depending on new regulation. The answers can be sent directly to the brand instead of mediated through a factory manager which possibly heightens the level of honest answers. Furthermore, the app learning system can be designed to resemble entertainment and therefore possibly receive a higher answer rate.

In this case study a Swedish company developed digital learning content borrowing from a popular Chinese soap opera in order to trigger interest and enhance engagement of the workers.   One of the factory owners perceives the application as a possibility to make the workers’ free time more pleasant, e.g. bringing the tablet to their dormitories. Sendlhofer and Lernborg agree that indeed, this could be an added value since many workers in China are so-called migrant workers, who are far away from home and have little budget or time for amusement. However, potential positive impacts remain to future research.

Nevertheless, in the study workers were only allowed access to the devices through their manager.  Again, this raises questions about their ability to answer honestly.  Researchers point out that if digital labour rights training could be offered in a lighter download version, workers could afford the license to download themselves. Consequently, workers could train on their labour rights anywhere, anytime. However, the lack of social interaction runs the risk of letting lack of understanding go unnoticed. There may also be risks of cheating or skipping questions.

It is concluded that digital training can be considered a valuable tool in the future with multiple benefits for workers, suppliers and buyers. However, digitalization is not a sole key for improvement.  Sendlhofer and Lernborg points out,  “In the end, the purpose of this application is to augment the level of knowledge of their existing labour rights, not necessarily changing or furthering the status quo of these rights.”

Can small and medium enterprises have an effect on Corporate Social Responsibility in global supply chains?

From the buyers side of the industry there could be a possibility of changing or furthering the status quo of labour rights. However, it is considered hard for small and medium enterprises (SME) to influence a supplier to act in a more responsible manner. SME brands often claim to have little barging power over their supplier, which is something that the digital learning tools hope to simplify.  Sendlhofer and Lernborg argue that the digital learning tool facilitates a platform for Scandinavian fashion brands and buyers to partially organize for CSR at their Chinese suppliers.

At present, Scandinavian CSR agendas are considered to be on the more ambitious side of the spectrum. The goals are often resource intensive, such as monetary investments, change in management systems and practices or alterations on procurement strategies. Sendlhofer and Lernborg write that even if such goals are meet by support, at least in principle, they might continue to lag behind in practice.  Here, the digital tool can help in marketing the supplier performance in terms of CSR, simplify the reporting and auditing duties and allow for easy sharing with customers.

One key outcome of the case study is the notion of membership. The Swedish company creating the digital training app has a formal membership base creating a platform for discussion. Up until now two meetings has been organized by the company bringing together Scandinavian buyers with Chinese manufacturers in order to clarify both parties expectations of CSR. To make both parties responsible by creating a shared ownership over the device is seen as a way of making sure the regulations are met.

Another key outcome is the idea of hierarchy. Through interviews it became apparent that Scandinavian participants act as CSR experts and strice to pass their view on to their Chineses suppliers. Sendlhofer and Lernborg write that when assessing the language used by Scandinavian representatives, compared to Chinese, a sense of hierarchy could be interpreted. With the digital learning device opportunity to provide input should be given to all parties and a sense of shared ownership could in the future empower suppliers to do the “right thing”, independently and for their own sake.